Best Abstract Paintings of All Time: A Current Artisan List 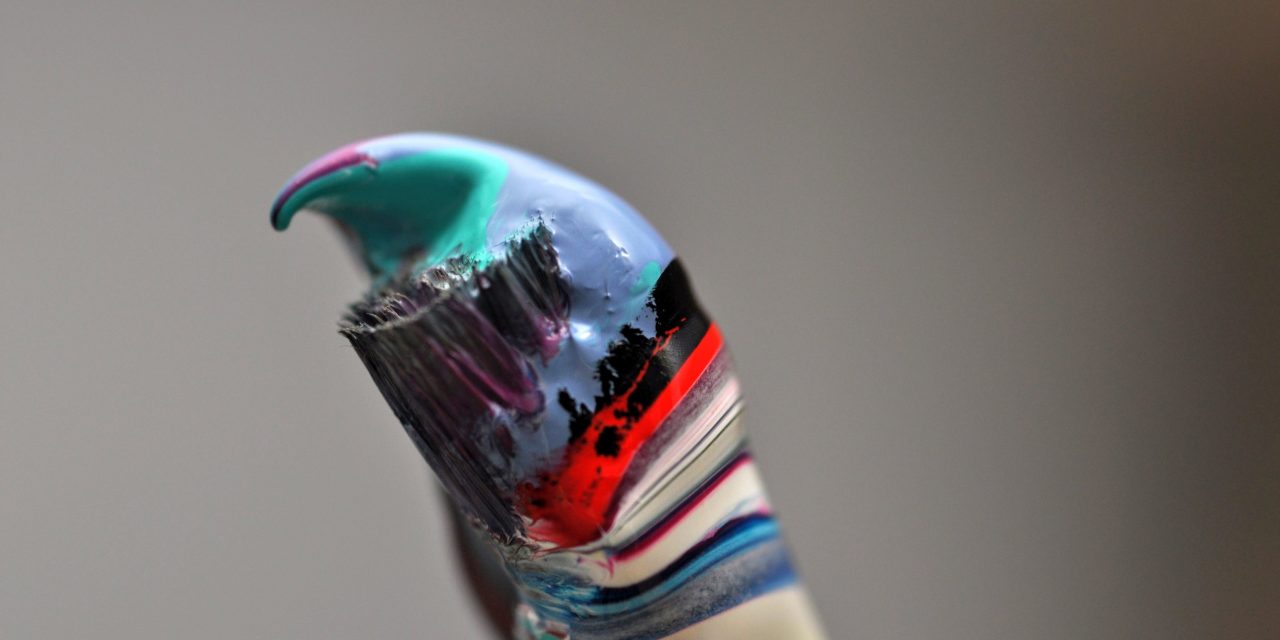 The visual arts have long been one of the most subjective areas of high society.

And while there are no real winners and losers in the art world, we’ve taken the effort to collect some of the best abstract paintings of all time, all of which helped pave the way for contemporary artists.

Jackson Pollock has maintained a reputation as one of the most famous, and the most baffling, abstract artists.

His signature splatter style has been criticized for its apparent simplicity and lack of technical skill.

But, similar to another luminary of pop art, Andy Warhol, the message behind the work was arguably much more important than the work itself.

Pollock’s attempts at “automatic painting” represented a watershed moment in the world of visual arts. His method was an apparent attempt to avoid conscious thought during the creation process. 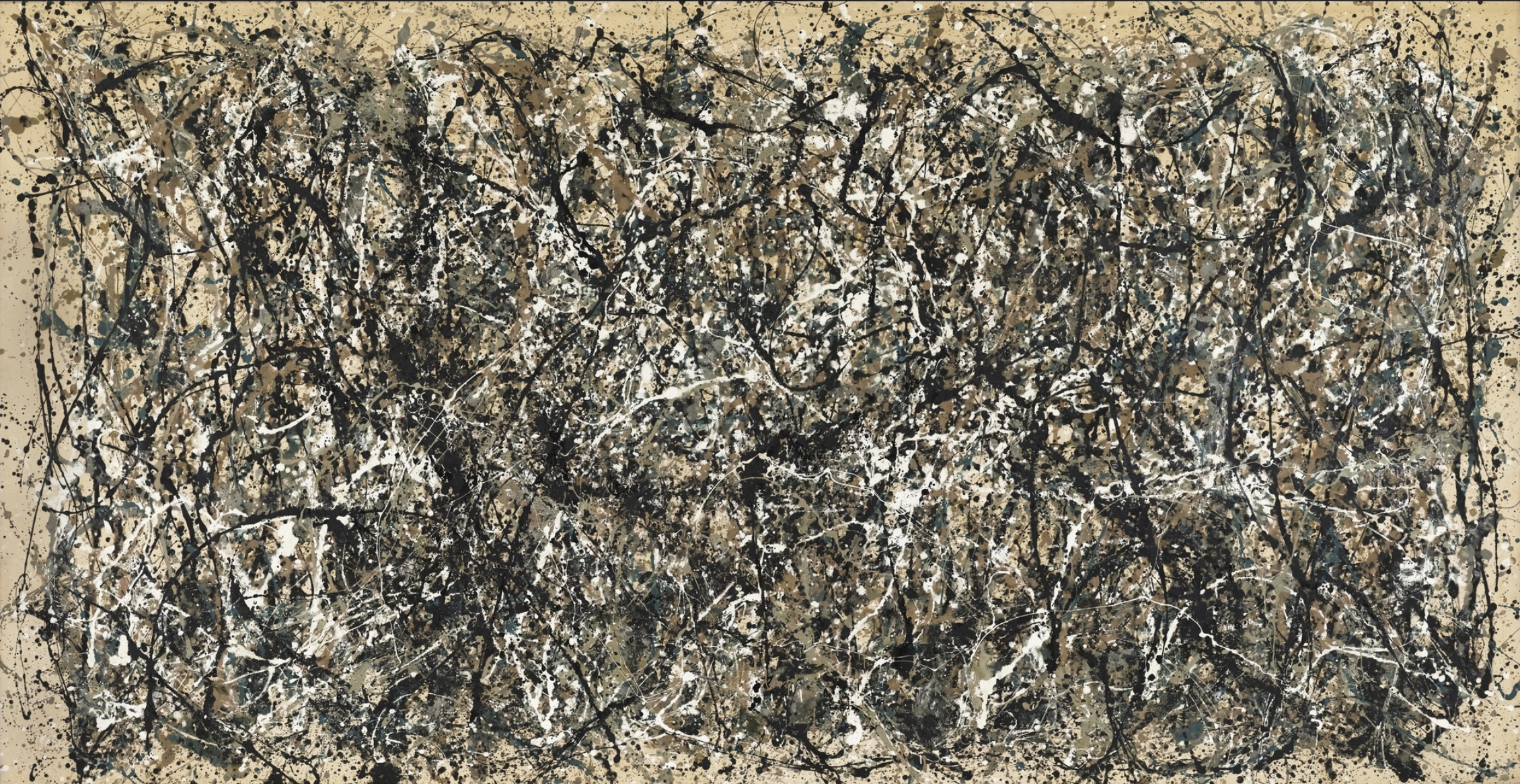 The only way Pollock could actually make work was to just make it, without interrupting himself with self-doubt or analysis.

This painting holds philosophical significance as well as artistic and aesthetic value.

Sure, at first glance this painting may look like a jumbled mess, and it is, but it represents a groundbreaking effort in the field of visual arts.

Essentially, each artistic medium carries its own limitations. Mediums like novels exist over time and multiple spaces. Paintings, however, exist only in a single space and a single time. They can be initially consumed in just a few seconds.

Duchamp’s Nude Descending a Staircase is an attempt to make a painting that contains a range of time in a single space. It is a single figure artistically motion blurred as it walks down a set of stairs.

To put it simply, this hadn’t really been tried before. And while the finished product may not be the most pleasing image, it helped push visual arts forward.

Mark Rothko was an incredibly influential abstract painter during the 20th century. Originally from Latvia, Rothko eventually migrated to New York City, where he had a profound effect on the city’s art scene.

His work received an elevated mention in the popular AMC drama Mad Men, in which the young advertising professional Pete Campbell stares at his boss’s new Rothko recently hung in his office. 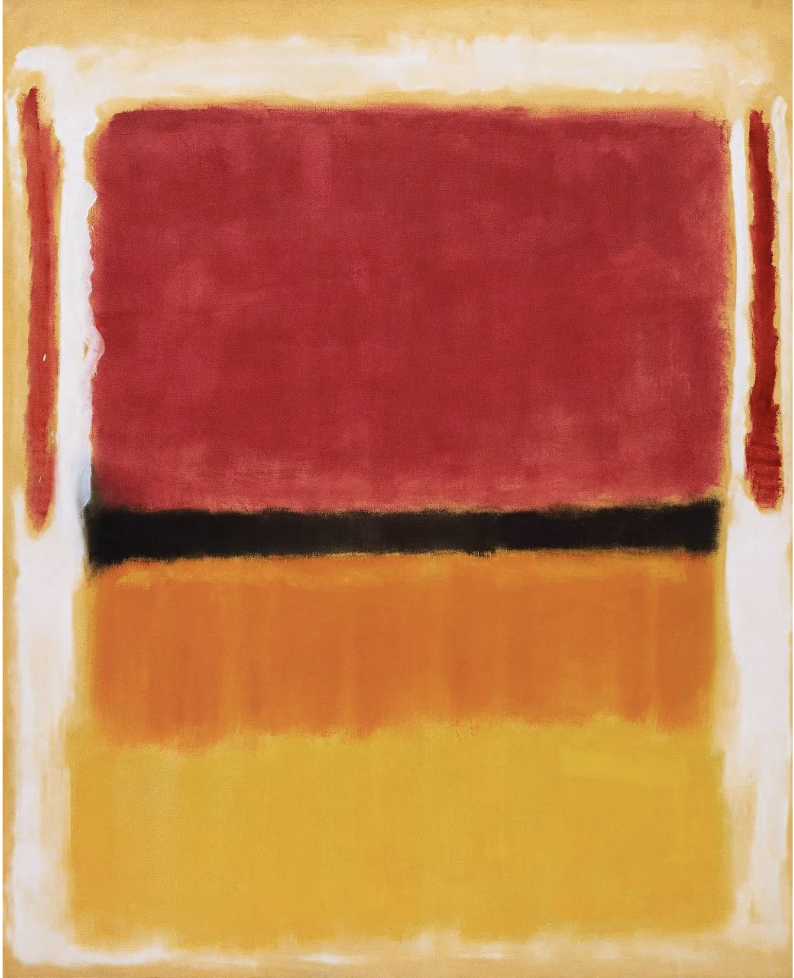 Campbell remarks that staring at the painting makes him feel like he’s falling into something dark and cavernous.

This feeling accompanies much of Rothko’s abstract work. The large pieces especially give off a sensation of being consumed or swallowed up.

Violet, Black, Orange, Yellow on White and Red, in particular, evokes a strangely emotional response. The depth and density of the colors are unlike anything that was being painted at the time.

Philip Guston initially became famous for abstract expressionist paintings. Then, towards the latter part of his career, he became heavily influenced by the underground cartoon movement of the 1960s and 1970s.

Specifically, the style of Robert Crumb had a major impact on Guston’s painting style.

His 1976 piece Monument represents a blend of these two disparate styles. It incorporates parts of figure drawing along with surreal shapes and arrangements that solidify it as an abstract piece.

The blended shades of pink and red were used most commonly in Guston’s more cartoon-influenced work. But the strange shapes displayed, resembling human legs, simply rest on each other, with no real context or explanation. 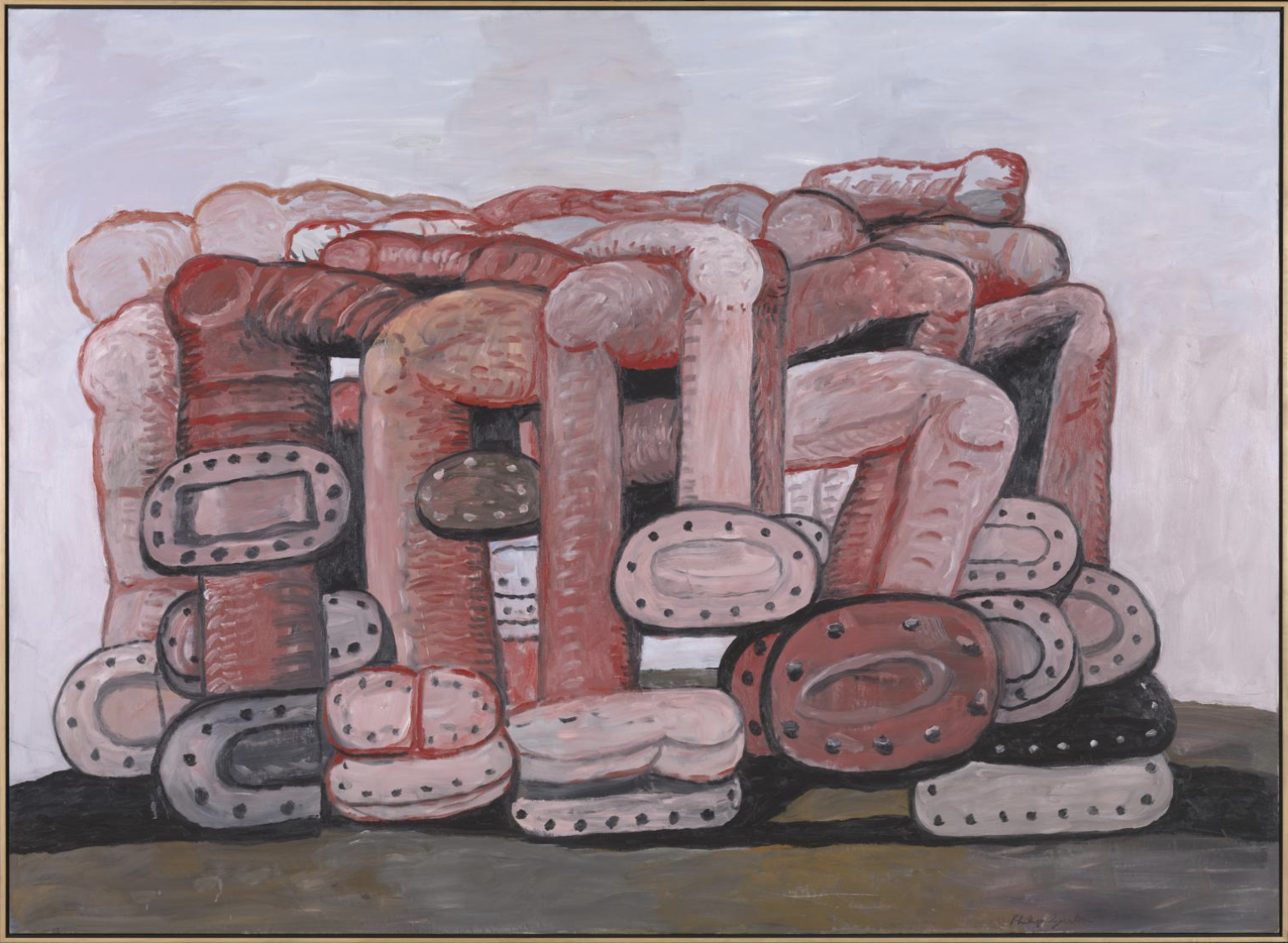 This painting is also very large, measuring roughly 6 ½ by 9 feet. Its size demands the attention of the viewer.

Despite its size, the colors and content both manage to remain light, not domineering or intimidating, as Rothko’s work could be at times.

Matisse has long been considered one of the most accomplished painters of his time, and he achieved fame on a level rarely seen today.

According to Matisse himself, his painting The Yellow Curtain is based on a view out a window in his home in a Parisian commune near the Notre Dame Cathedral.

This is also one of the very first paintings that was considered abstract. At the time of its creation (around 1914 or 1915), impressionism was still very popular.

And while impressionism was playing around with departing from photorealistic detail in favor of an image based more on an emotional impression, the abstract movement was poised to take that deconstruction even further.

The Yellow Curtain is a mix of both styles, offering an emotional reaction through its simplicity of style and engaging colors.

This painting was created in 1952 or 1953, during a time when the abstract movement was becoming much more widely accepted, especially in the West. 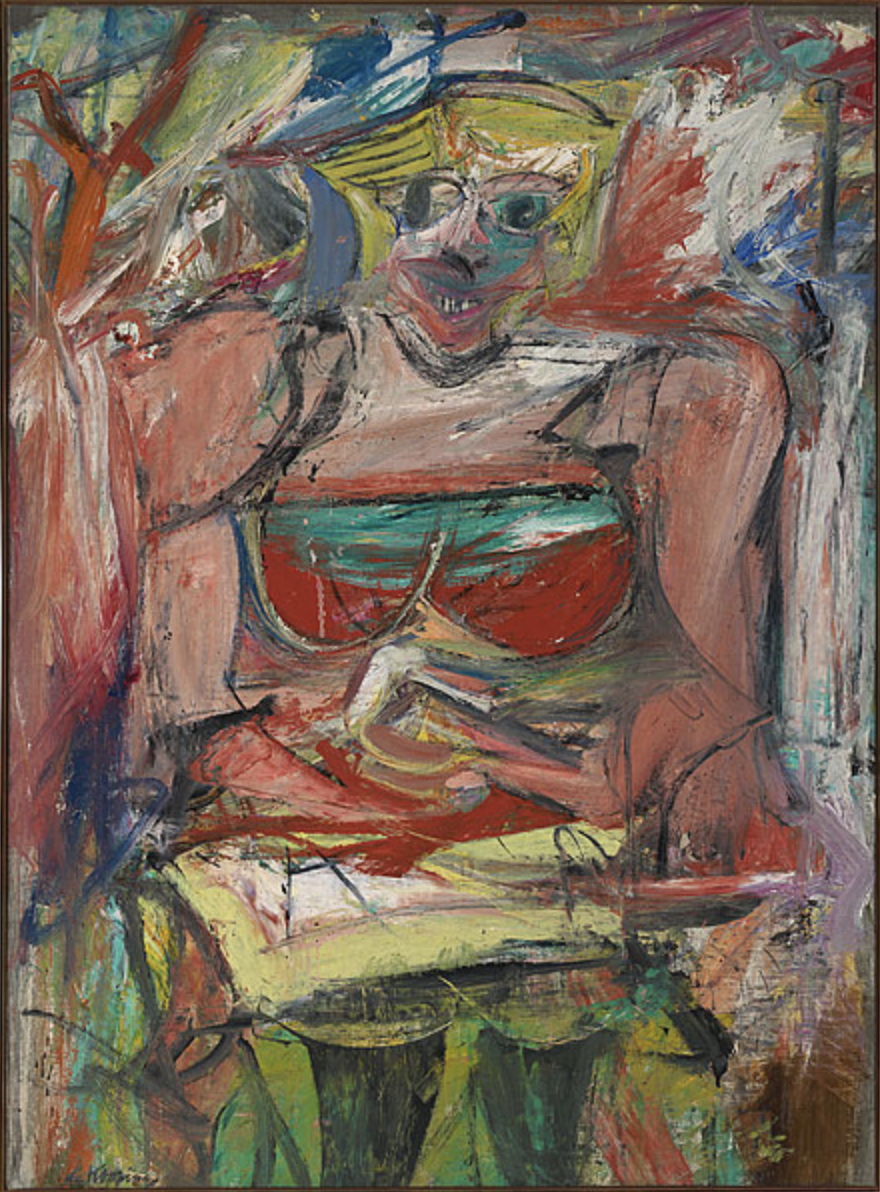 Willem de Kooning painted many figures throughout his career. And his model for a majority of these paintings was his future wife, Elaine Fried.

At one point in his career, de Kooning even said that he believed the depth and color of human skin was the reason why oil painting was invented.

He sought to capture that depth and detail with complex color combinations. de Kooning also altered the human form to showcase its simultaneous strength and fragility.

Leda and the Swan – Twombly

Cy Twombly painted Leda and the Swan in 1962, in Rome, Italy. According to art critics, living in Rome had a serious impact on Twombly’s choice of subject matter. And that observation certainly applies here.

Leda and the swan is a tale of Roman antiquity. Specifically, it tells the story of the god Jupiter, and his transformation into a swan in order to seduce the beautiful Leda, the mother of Helen of Troy. 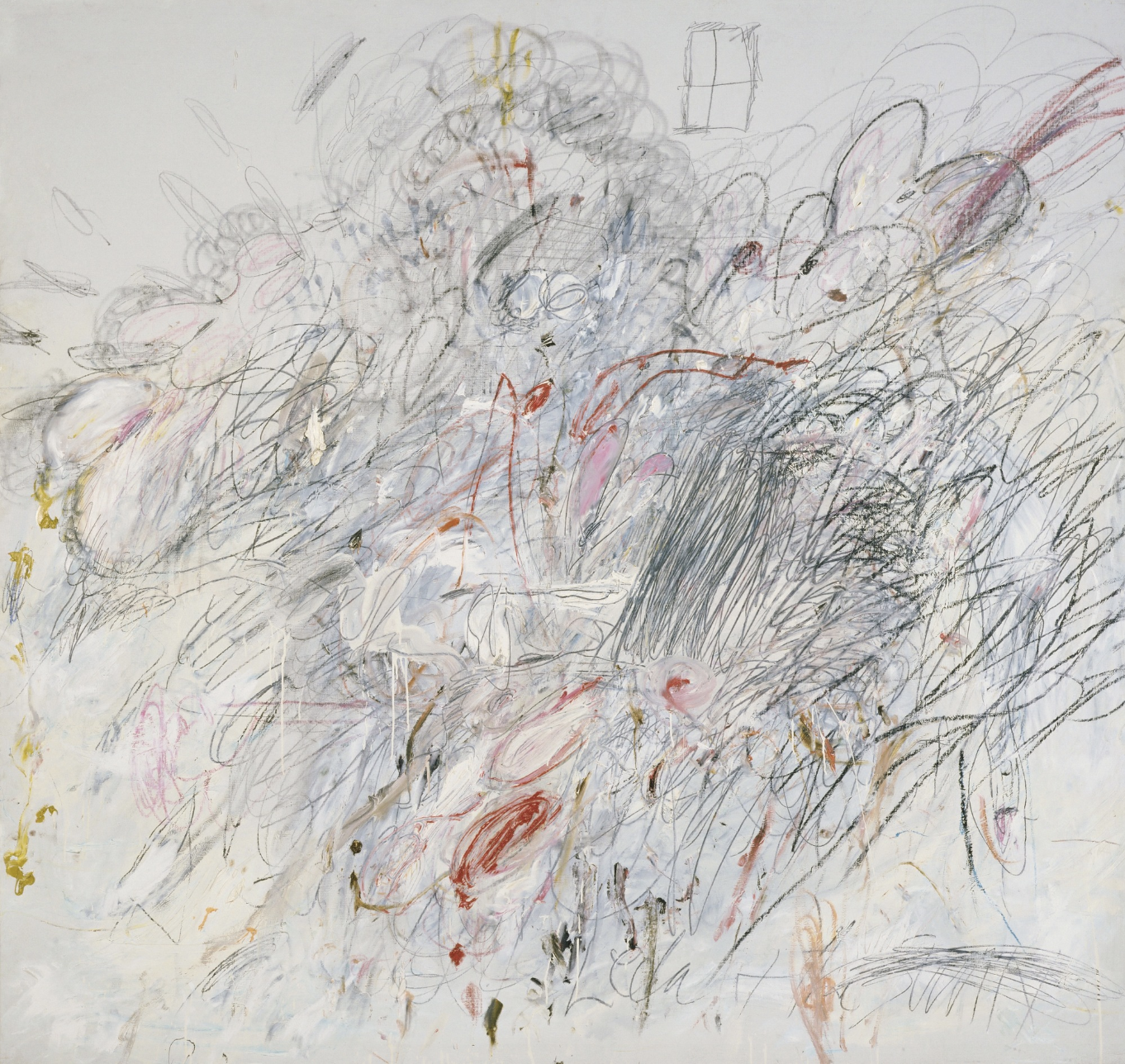 Michelangelo’s version of the same story is a very different style indeed, one that takes care to portray the scene as realistically as possible.

The forms of a human and a swan can be found in the piece, but they are buried underneath dozens of lines meant to confuse and disorient the viewer.

If you are a fan of art but are looking for more recent work, check out our article on famous contemporary artists and their work. 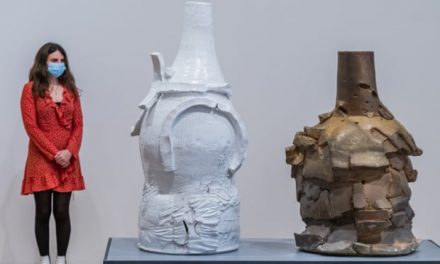 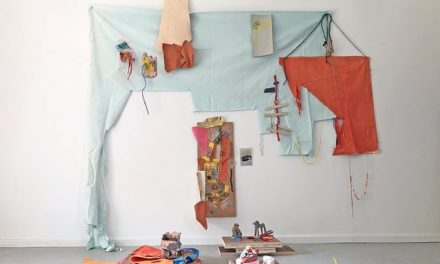 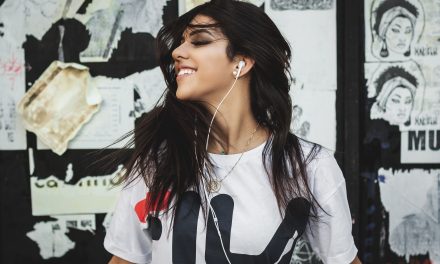