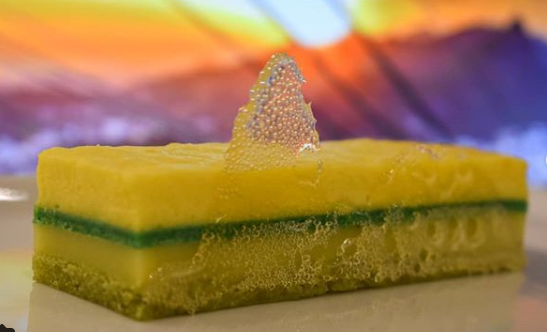 The Universality of Food

There really isn’t much to say about the universality of food. We all love eating, and as of the last 15 years or so, we’ve all fallen in love with watching people make good food.

Chefs have stepped into the spotlight, spurring the rise of ‘foodie’ culture, which is now synonymous with Instagramming every meal prior to eating, and following the moves of top cooks through different restaurants and projects.

We love to see how great food is made, from entrees to desserts and absolutely everything in between. We’ve also become more accepting of the ways in which different cultures can inform our perceptions of what great food can look like.

And for as many recipes and cooking guides we tend to look up online when we’re feeling ambitious, we rarely follow-through and fulfill the promise of actually getting good at cooking. Pastry chef Camilla Tinoco, however, is a different story.

The Long Road to Cuisine

Tinoco started her career in business, back in Brazil, her home country. And it went well, at least in terms of climbing the corporate ladder and bringing home the bacon.

“I was a Senior Consultant at an important American IT company in Brazil, allocated inside one of the top companies in Latin America. I was working 24/7, on projects that were worth more than $1 million.”

But even this great success didn’t offer Tinoco what she really wanted. The work itself wasn’t satisfying.As any working professional knows, that ends up being a serious problem, killing off motivation and interest. Then there was the stress. Handling accounts with such huge price tags was causing constant anxiety. And for Tinoco, all of that stress finally hit a breaking point. 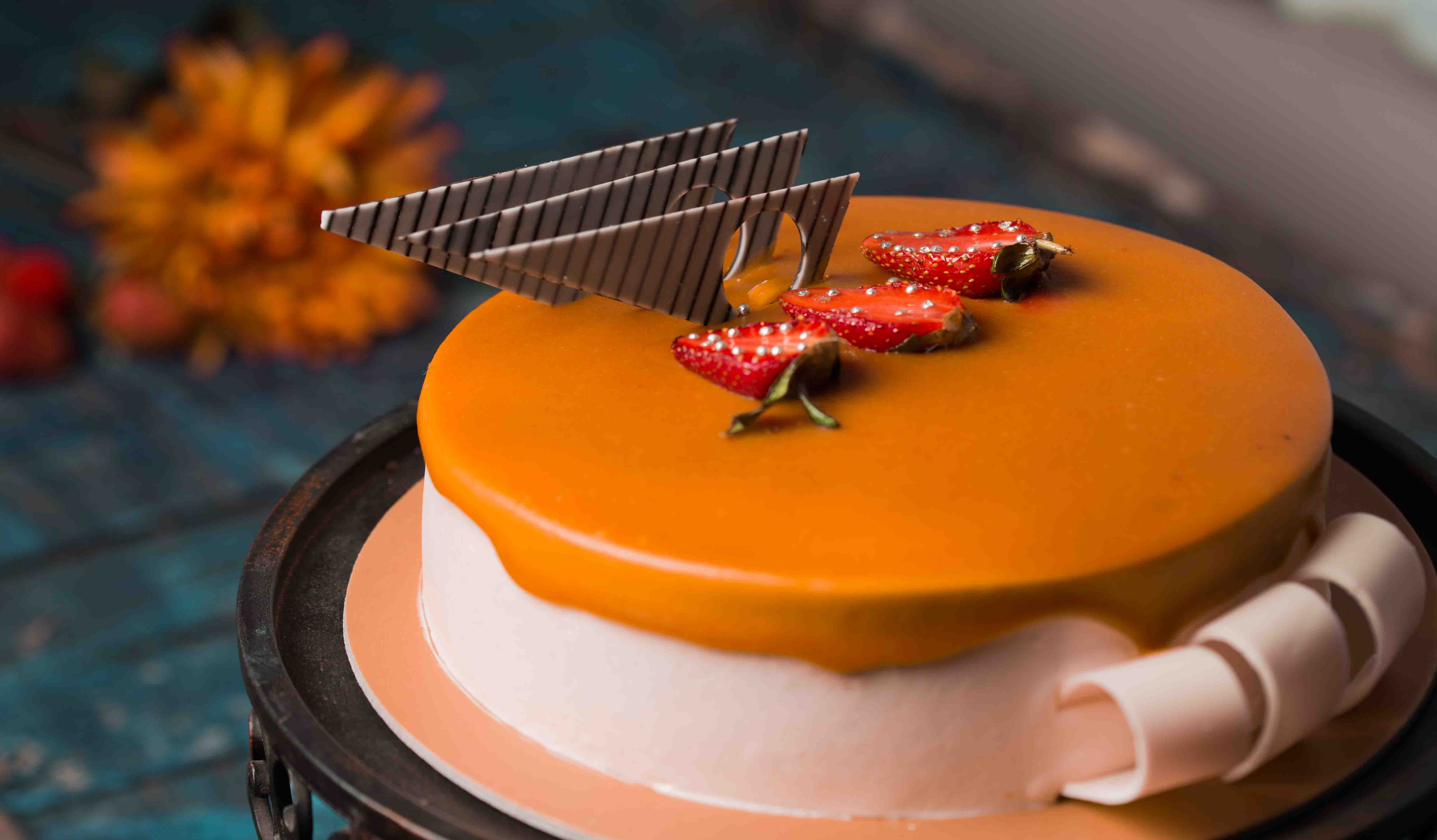 Camilla Tinoco felt the need to transition to a career she was passionate about.

“After almost a decade of work, my anxiety transformed into a stress crisis, including several panic attacks. Meditation, therapists, acupuncture, and painkillers couldn’t resolve any of it.”

And when those traditional methods failed, Tinoco started to focus on potential internal fixes, instead of external ones. She stopped asking others for advice and instead asked herself what she really wanted to do with her life, a question which she’d been indirectly avoiding for years.

“There was one night where I was hanging out with friends during some of my rare off-time, and they decided they wanted to bake something. At that point I had never cracked a single egg in my entire life. I followed the instructions they gave to me and voila. I noticed that for the first time in years… I was able to mentally disconnect from everything other than the task at hand. The cake came out pretty well, and the seed was planted.”

It was a complete 180, a return to what really made her happy. From there, it was time to get to work, reassembling her life and chasing her passion.

She studied at the Institute of Culinary Education, as well as Le Cordon Bleu, in Canada. With time, Tinoco discovered that she had a very specific interest in desserts, their elegance, their ability to please just about anyone, and the huge range of flavor combinations they could facilitate.

In 2015, just a few years after making the switch, she appeared on the Food Network. She has also helped develop recipes for multiple books on French desserts.

The Rise and Rise

Some would probably stop there, bolted to the publishing world for the remainder of their careers, but Tinoco has just kept climbing. She now works at the Daniel Boulud Bistro Moderne in Manhattan, where she doubles as a pastry chef and Sous Chef. (For those who don’t remember ‘Ratatouille’ all that well, a Sous Chef is responsible for the kitchen when the head Chef isn’t present.)

Tinoco’s specialty these days is French pastry, and her work in the area has gained her acclaim across the U.S., but she’s determined to expand her skills even further, covering as much culinary ground as possible. Maybe it’s that business background coming back into play.

“The traditional French pastry technique is my foundation. However, I’m an avid researcher of worldwide food culture and ingredients. This helps me to enjoy making a wide spectrum of desserts. My main focus is to create visually clean and aesthetically pleasing, geometric desserts, with flavors that match each other perfectly. This obsession for perfectionism and attention to detail probably has a lot to do with my engineering background.”

Those old skills have come in handy pretty often in Camilla Tinoco’s new career. While many chefs, cooks, and dessert chefs limit their mental scope very early on to the world of the culinary arts, Tinoco is able to incorporate every bit of her years of experience in a completely different field. She’s able to do what all great artists have done through the years: informing every new work with the entirety of their personal history, incorporating lessons learned along the way to find new ways of doing things, all for the sake of creative progress and an end result that’s sure to provide a novel experience for diners.

“Maybe the relative absence of mental stress combined with my pitch perfect focus helped me made my way through the places I’ve worked until now. From a military-like French bakery, a great fine dining restaurant in Canada, to fast-paced Michelin Star restaurants in New York City, I could never imagine that my past work history would be so valuable and help me stand out.”

Given Tinoco’s hybrid background in both tech and the culinary arts, we were curious to hear her thoughts on the relationship between food and social media. We all have those friends whose feeds are little more than pictures of the fancy food they’ve eaten recently. Has it been a positive development for food culture?

“As with everything in life, you have both the good, bad, and the ugly. It depends on how you use the technology and why you’re using it in the first place. Instagram is an outstanding platform for promoting your ideas, and to find out what’s trending around the globe. It’s an infinite source of inspiration, updated on the fly. I set up my own account late in the game, but I think the overall concept is revolutionary.”

And Tinoco’s Instagram feed is a testament to the usefulness that such apps can offer. The focus is always the food, impressive new creations that are just as pleasant to the eye as they are to the taste buds.

And that’s what we’ll leave you with here, because Camilla Tinoco’s Instagram feed is really the best way to keep up with all that she’s doing, as well as being the easiest way to see the intricacy and expertise of her work. Outside of that, you’ll have to make a reservation at DB Bistro Moderne to get a taste of the love and care that goes into these sweet treats.

You can find links to Tinoco and her work here: 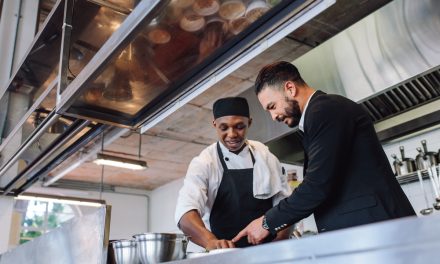 What are the Qualities of a Good Restaurant General Manager? 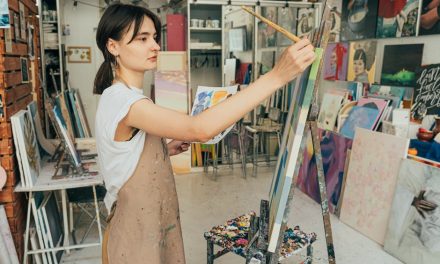 How To Get Into Liberal Arts Colleges 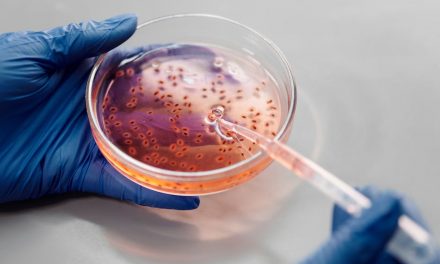 How Do Ethics Affect Scientific Research? 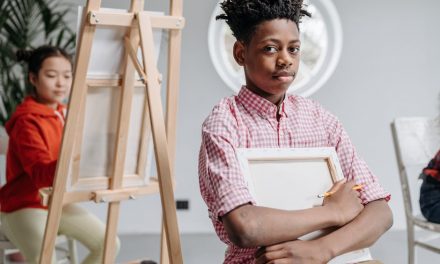 Is Belmont A Liberal Arts School?