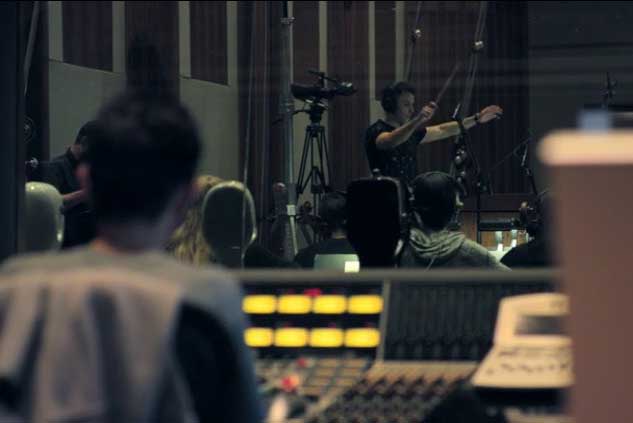 As an adolescent and amateur musician in the mid-2000s before the days of Facebook and Spotify, I remember eagerly awaiting my weekly guitar lesson. While I could practice and cultivate my skills on my own, these lessons were what truly allowed both my ability to play and understanding of music to flourish. I never aspired to play the guitar professionally for a living, but during that time, I thought I was pretty darn good for my age. That is, until YouTube quickly began to develop into the endless digital archive it is today. I vividly remember stumbling across choppy, pre-HD videos consisting of kids even younger than me playing with the likes of legends such Slash or Jimmy Page.

As jaw dropping as these experiences were, they also helped put into perspective just how many fantastic musicians are out there, with a vast majority of them lacking fame and not performing for a living.

Now years later, many moons since I ceased taking guitar lessons, the digital landscape had has become a vastly different place. YouTube’s platform has greatly influenced the ability for musicians both nationally acclaimed and unknown to spread their knowledge and influence. How-to videos, demonstrational instructions, and the ability to slow down video has additionally given aspiring musicians all the tools he or she may ever need to learn how to play a given instrument. While the democratization of this information is beneficial to the music industry as a whole because it means that more creative, motivated minds have the ability to contribute to the spectrum of music creation, it also produces more competition between musicians in an age of waning record sales and rampant music torrenting. The space to ‘make it’ as a studio musician or musical artist has never been tighter, and as a consequence, only the best, most talented and business savvy musicians are able to find success on a national or global stage.

Also an accomplished violinist, Silva has lead multiple orchestras with dozens of musicians playing at a time.

So, this begs the question, how does a talented musician find his or her way to success, and what does that look like? Readers don’t have to look any further than Los Angeles based violinist and composer Carlos Felipe Silva. From touring as the lead violinist for the Santa Monica Symphony Orchestra to working as a studio musician for the some of the most acclaimed studios in America such as Warner Bros, Silva has been able to diversify the application of his talents in order to create success for himself, additionally gaining notoriety within the music industry both in the mainstream and more classical sectors.

Formally educated at the esteemed Berklee College of Music in Massachusetts, Silva’s ability to distinguish himself since moving to Los Angeles has come largely from his musical endeavors outside of the traditional means of recording and selling tracks. “I’m a classically trained violinist who also happens to produce music for media in all genres. These two worlds feed each other, and makes me who I am as an artist,” Silva states. Given that Silva has also spent his fair share of time utilizing more traditional avenues like performing stage with multiple orchestras, including shows at Jordan Hall, Boston Opera Hall and the Latin Grammy’s, it’s safe to say capitalizing on the prevalence and accessibility of mixed media is a key contributor in creating opportunities as a musician. Filming live performances is no longer an option but a necessity if you want to garner a following as an artist. Silva has taken this notion in stride, filming almost every notable recording session in addition to his performances in recent years.

In 2016, Silva built upon his growing momentum by opting to film an extremely ambitious project that would make most musicians and composers of his age tremble. A full symphony orchestra consisting of over 60 musicians played original music Silva had composed and written, with Silva at the helm directing not only the direction of the performers, but commanding the setup and production as well. Aside from being a major creative accomplishment, the recording also took place at the renowned Bridge Recording Studio, home to where much of the music for big budget movies and tv TV are made, including projects like Marvel’s Avengers and Warner Bros’ Gangster Squad. “It was one of the most important experiences in my career,” Silva recalls. “Your music becomes alive, and It’s for those kinds of moments that you work all your life. Having your music being recorded and performed by a professional symphony orchestra in Los Angeles is a dream for any composer.”

Collaborating, spreading one’s musical creations, gaining feedback, and being able to mesh on stage with your fellow musicians is only half of the job, however. Because of the ability to record and produce music on-the-go thanks to digital software, today’s successful musicians and artists need to know the ins and outs of a studio setup in addition to being able to adapt to the environment of the recording space. “As far as preparation there are so many elements and technicalities that have to be in place in order to make it happen. From creating midi mockups, orchestrating, preparing the parts for the musicians, contracting the orchestra, to having a team of recording engineers, producers, and music editors for the session to go smoothly,” says Silva. The public’s increasing access to digital recording software and its direct correlation with the decreasing need for large, expensive analog mixing boards and studios has consequently placed more of the recording burden upon the musicians themselves, and this responsibility is one Silva has learned to master thanks to diversifying his talent into many different ventures outside the studio. Just a few of Silva’s ventures over the past decade include touring the world with the popular Simon Bolivar Symphony Orchestra, performing with culturally diverse and acclaimed musicians such as John Patitucci and Danilo Perez, as well as working with legendary Canadian composer Jeff Toyne, who has composed many works on for international stage such as “No Fanfare,” a song that was part of the 2010 Winter Olympics opening ceremony and seen by millions.

Silva has toured extensively across the globe in addition to recording in LA for Warner Bros.

Later this year, in addition to working at Warner Bros Studios, Silva is set to continue his contributions at Jeff Toyne’s studio, applying his musical talents for a wide array of media including advertisements, web series, television shows and the big screen. While the pool of talent and competition in the music industry has never been greater, and the money found in traditional music outlets has never been lower, in the 21st century, a given musician or composer’s career no longer needs to be tied to the stage or album. “It’s a great time to be a professional musician,” says Silva. “String players have many opportunities that go beyond playing in a professional symphony orchestra. There are many platforms and ways of making a living as a musician.” This is not to say that Silva doesn’t aspire to be seen in the mainstream though, as the composer currently has his ambitions set on performing at large festivals such as Coachella in the next couple years. Huge music festivals are increasingly trying to widen their audience by adding more diverse acts, which include composers and more classically-based musicians in combination with established headlining acts. In order to add more authenticity to their acts, electronic music artists who incorporate classical instrumentation are also increasingly hiring musicians with performing experience.

Be on the lookout for even more music and video content being released by Carlos Felipe Silva in 2018, including production on the commercial EPs for multiple artists like Nico Farias, Inyoung Park, and Mindia Luo. Silva is an artist who truly applies his talents to the fullest extent of what is available to him, continuing to set new heights for himself and stretching the uses for his creations – it’s no wonder he has been able to succeed where so many talented musicians have failed to capitalize. 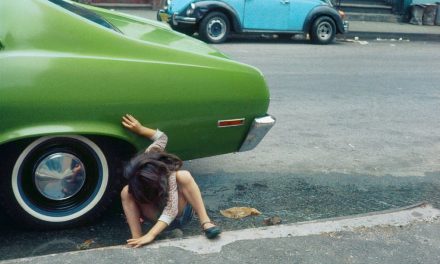 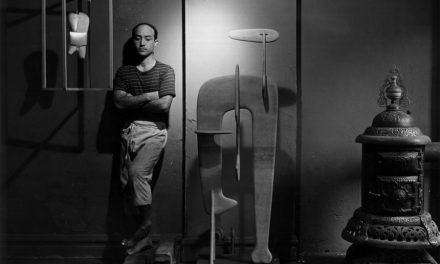