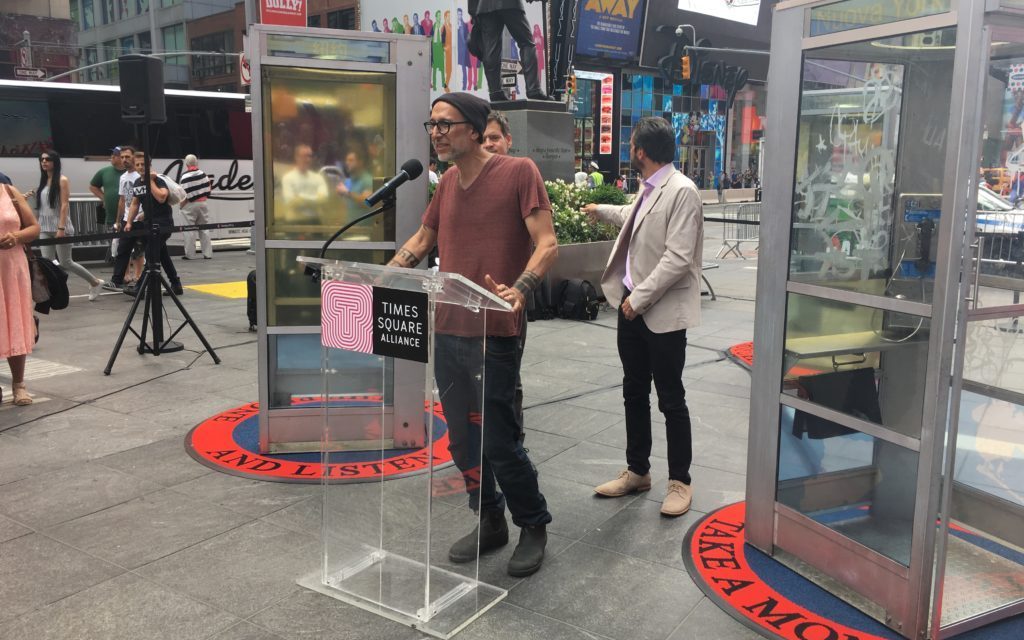 Phone booths may be an antiquated form of communication, but one visual artist is using them to tell very pressing stories.

If you take a walk in Times Square, from now until the 9th of September, you’ll encounter three conspicuously arranged phone booths with the word “New York” spelled in twelve different languages. Inside, the phone will ring and, on the other line, you’ll hear a story of someone’s dangerous journey to find a better life. Sometimes the stories will be in english, sometimes they’ll be in rare, forgotten dialects.

The work is titled “Once Upon a Place”, and was created by artist Aman Mojadidi, who was shocked by phone booths being gradually erased from the streets of New York. Mojadidi travelled throughout New York’s five boroughs, collecting stories from a wide range of immigrants. The result is a powerful installation, and a worthwhile stop for anyone who finds themselves in the city. 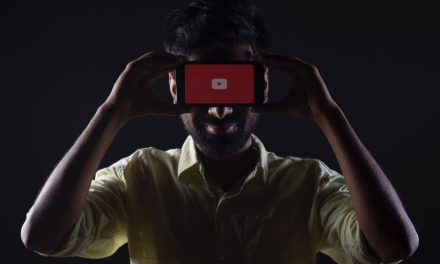 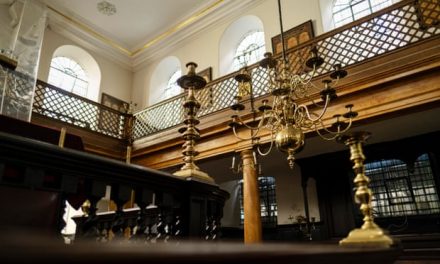