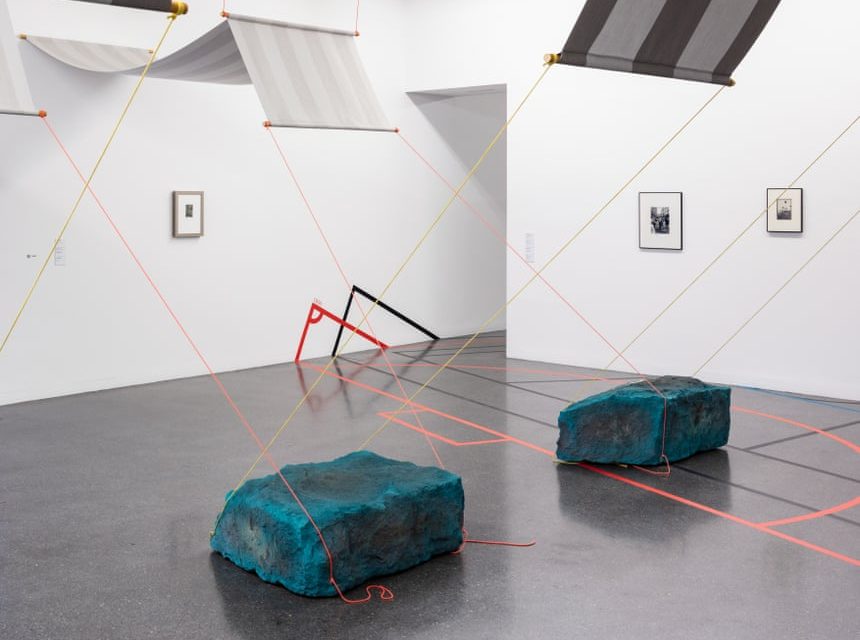 Above a plinth, a bizarre shape floats. It wobbles in the air as I go closer, suspended between the natural and the manmade, like an oddly geometric meteor, unsupported by cables. This surreal levitation, one of many intriguing pieces by Revital Cohen and Tuur van Balen at Nottingham Contemporary’s Our Silver City 2094, is powered by hidden magnets.

We could all need a little magic and a little suspension of disbelief, and that’s exactly what this complicated hybrid of an exhibition provides: a viable route out of our grave ecological, political, and spiritual catastrophe. It’s a different world from the one we live in now.

However, things will get difficult along the road. Our Silver Metropolis, set seventy-three years in the future, depicts this city in the English midlands as a place of dereliction and rebirth, with the River Trent flooded, fires blazing in Sherwood Forest, and society and the ecosystem, what’s left of them, drastically altered. It’s no surprise that an old stone tablet with a secret curse is hung on the wall.

Many of the artworks and artefacts on display seem to be relics of unknown former civilisations. Men dressed in white setting flames in a field are seen on film. Roger Ackling used sunlight and a magnifying lens to burn simple designs onto wood.

And there’s a beautiful, amusing clip by Asad Raza in which he gives a home-cooking tutorial in his kitchen, instructing us on how to manufacture soil, that most basic and intricate ingredient without which the earth dies. We flew into space exploration and came upon a picture by On Karawa with just a date on it.

It says NOV8,1989 in white on a dark grey backdrop. Who knows what we’ll find out if we delve into it, even if it’s only a day in the artist’s life. You may choose any date. Something is constantly lurking under the surface.

Our Silver City is a location where you may be lost, tricked, delighted, perplexed, amazed, and befuddled. The whole thing is a fabrication, a conceit; rather, to be more precise, multiple fabrications and several conceits.

According to this narrative, Nottingham Contemporary’s galleries have been reconfigured into distinct time zones. It’s a time for change, for understanding, and for inner knowledge. The show’s last segment, Time to Transmit Wisdom, left me unaltered and uninformed, but it’s still a fascinating and at times wonderfully perplexing exhibition.

Our Silver City is a type of portmanteau, as many exhibits with large themes and overarching ideas become, but it is none the worse for it. It is accompanied with a dystopian book by Liz Jensen detailing the approaching tragedy from the viewpoint of the future.

We move from artworks to objects, artists, film, and video, starting with maps of Nottingham from 1800 and 1904 and more recent charts produced by the local council, including subsidence and flooding reports, and a 1980s plan for the Broadmarsh shopping centre – currently being demolished to make way for a redevelopment of the site by Thomas Heatherwick. There are radio broadcasts from the gallery roof, a 1980s US TV chat-show interview with Jorge Luis Borges (except it isn’t Borges, and I’m not sure if this is a reconstruction of a real interview or a spoof), and another film that documents the shooting of a total sunblock makeup commercial in an abandoned quarry outside Madrid. “Saving Earth is now officially sexy!” exclaims the ad’s star again and over.

Grace Ndiritu, who also planned and managed Silver City’s third gallery, created the final two paintings. I spend a lot of time switching back and forth between themes, approaches, gambits, and ruptures in what turns out to be a labyrinthine and often startling jumble of themes, approaches, gambits, and ruptures. The future and the past clash, invert, and lead us down forks in the road.

Céline Condorelli’s blisters of growing color – like lovely petri-dish growths — abstract me, while Anni Albers’ magnificent, infinite meandering red line, and Ndiritu’s towering, imperturbable monster made of fake hair, hide in a corner of some type of ceremonial area, do the same.

The strongest two galleries in the exhibition are from Ndiritu and Condorelli. Both have made exhibits in their own right, as well as mise en scènes that are part environments, part exhibition design exercises, and part works of art in and of themselves, no matter how many other artists and makers, odd items, and museum loans they include.

There’s a pervasive and contagious sense of teamwork. Huge color prints of bristling, curdling organic forms line the walls of Condorelli’s installation, and drape over a series of freestanding barriers to form a table on which a variety of objects are displayed, including real fossils and post-industrial nuggets of epoxy, an Egyptian god Horus’ head and a lonely goldfish frozen in a hunk of resin, and a concrete block bearing an aerial by German artist Isa Gensken.

Sounds reverberate around the room, as a video plays on a monitor, its recovered footage depicting a future that never existed. After it finishes, a beautiful drape slips across the room, and Ben Rivers’ 2016 film Urth begins on the opposite side. It promises to show the last scientist on Earth shutting off the AI that operates the dome so that nature may do its own, unexpected thing in the artificial rain forest, shot in an Arizona Bio-Sphere.

Ndiritu, on the other hand, employs a different but comparable approach. With beanbags on the floor, an overarching wooden roof, and structures supporting images and objects ranging from Albers prints and drawings to costume designs, memorabilia, and ephemera of the slightly ridiculous utopian aspirations of the interwar Kibbo Kift movement (there’s a possible link between the Kibbo Kift’s origins in the scouting movement and theosophy, but that’s all for another time), she’s Weavings and embroidered banners, tapestries, and a variety of strange sculptures and pots may all be found. A furry-tailed owl, love cups and bear jugs, with the occasional crystal perched here and there Then there were strange things, and then there were magnificent things. I lingered for a long time.

The final place is a single, expansive piece by Femke Herregraven that employs an ancient-looking sign system to represent lunar phases, sky and land, weather anomalies, bird and bee behavior, and cow behavior. On the walls and floors, this language of signals and potents is inscribed. Old weather forecasts made by local youngsters were aired via speakers mounted on driftwood. The exhibit was crowded, and I couldn’t understand what was being said.

This activity requires us to pay attention to what nature has to say to us. My knee aches when it’s going to rain, that’s all I know.

Despite its apocalyptic overtones (one form of end or another is constantly on the horizon), Our Silver City exudes optimism, life, energy, and creative zeal, and doesn’t take itself too seriously, no matter how imminent the impending disaster. 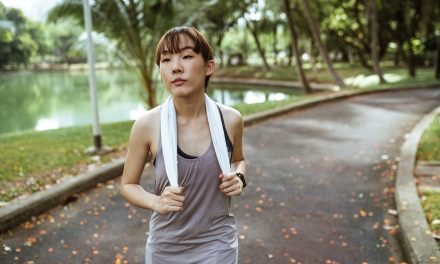