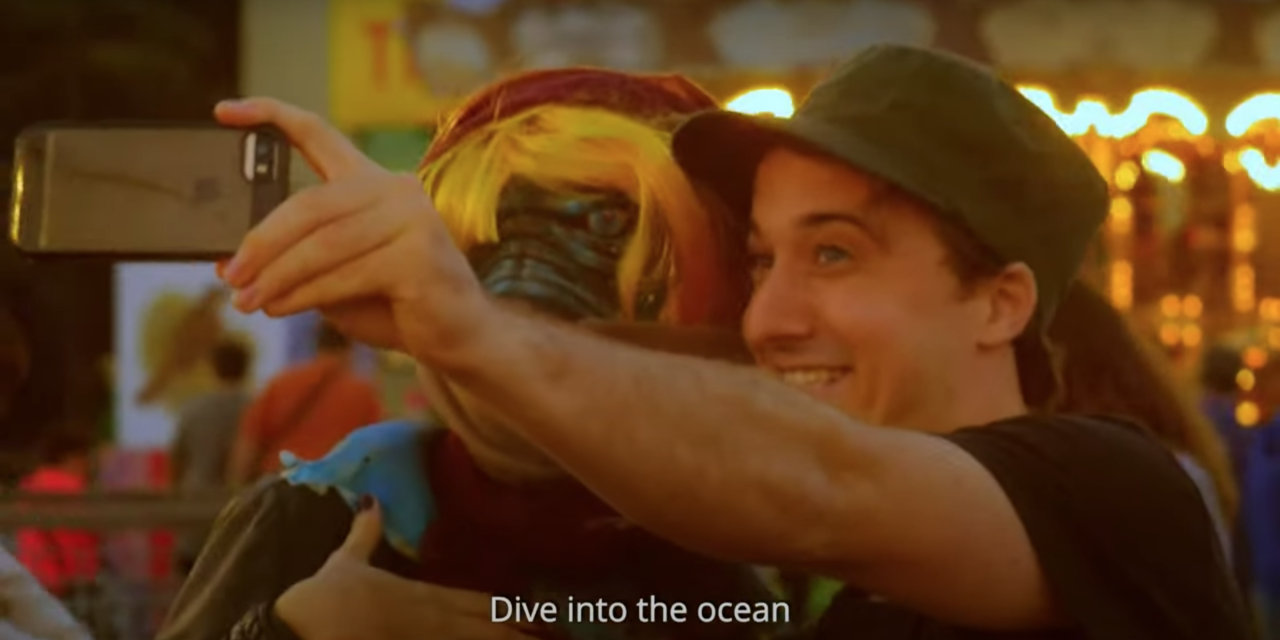 Today we are premiering the second music video released by Sea Fuzz for their new album Ocean Dreams!

The song is called Submarine Party and we got a chance to talk to Ben Heckler (the mastermind behind Sea Fuzz) about the making of the video.

Take a look at the video and then read our review below!

This video is the third live-action video in the catalog of Sea Fuzz, Sand Monster being the first and Eyes in the Wild being the second.

Now we get our protagonist (Heckler) meeting the same monster on Tinder and spending the whole music video on a date doing silly things that couples do.

They meet for coffee, play games at an arcade, ride the Ferris wheel in an amusement park—all in a sort of Linklater-esque way—until finally, the date ends by going back to her house to, ‘erm you know…

Unfortunately, the protagonist doesn’t get that far and his attempts at playful fun are met with the death rattle of a hungry monster. In the climactic scene, the monster removes her blonde wig and eats his insides in a fantastically funny gory scene.

The whole video is really funny and has a lot of humor sprinkled in it. When I watched it again for this interview I keep finding more stuff that makes me laugh (her tearing apart the stuffed bear, Heckler’s pathetically silly attempts at flirting…).

Behind the making of the video

Zary Santino, an actress from Barcelona, plays the monster in the film. Santino was featured in Sea Fuzz’s ‘Sand Monster’ music video (2019), where she played one of three girls who was captured, hypnotized by the monster, and turned into one of his minions.

“My roommate at the time, Rosa Landers [also featured in the ‘Sand Monster’ video], recommended her to me when we were looking for people to fill the role and I thought she was hilarious and wanted to look for another way we could work together,” Ben tells us.

“I came up with the idea/script for Submarine Party honestly as I was writing the song. My original idea was that she would seduce me on a cruise ship at some sort of ‘Titanic’ style ballroom party. Thus, the name Submarine Party. After thinking about it for a bit though, it became clear that the Tinder idea was funnier and easier to do.”

The style of the video is characterized by many close up shots with natural camera movement for which Ignacio Mallén would be responsible.

Mallén is a DP and film electrician from Barcelona who met Heckler while he was doing film school there.

“We shot the music video over several weeks, we even got kicked out of some places for not having a film permit—guerrilla-style,” Heckler comments.

“We ended up going to Tibidabo for a good portion of the film, which is a theme park in Barcelona. We rode the Ferris wheel, rode the merry-go-round, and just generally goofed around in the park.

“I felt so bad having Zary wear that mask for long bouts of time, and it was also very hard for her to see so we’d have to direct her around and do short takes. But she did an amazing job and I think it turned out pretty funny.”

Blood and guts in ‘Submarine Party’

We wanted to ask Heckler about the ending scene of the movie, where the monster finally finishes him off in a blood-tastically brutal manner, ripping out his insides and ‘eating them’ as the song suggests.

She then proceeds to document it taking a photo of it and uploading it to social media with hashtags and emojis.

“Yeah, the ending of the film was one of the most fun parts to shoot. We ended up getting a couple of sausages from the butcher’s shop and using the rest of the fake blood we had leftover from the ‘Sand Monster’ video and just went to town.”

Ocean Dreams is available now with plenty of fantastic tunes to get your blood pumping.

For more info on all their plans visit them at the Sea Fuzz website or on Instagram at sea_fuzz_band. 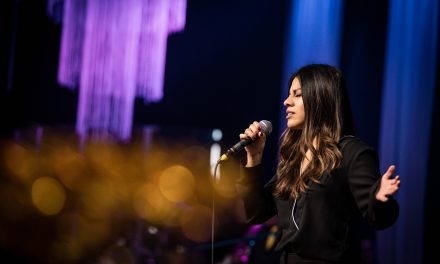 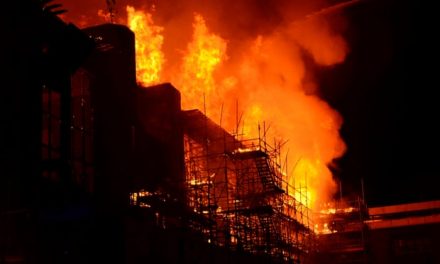 Haunting images from the painter who operated on his own genitals