There are many colorful, well-written retellings of ancient Greek and Roman myths available these days, but Charlotte Higgins has adopted a fundamental metaphor – weaving – that guides us through the maze of interrelated tales in a shockingly creative manner. It sheds a brilliant new light on their significance.

Her voice is considerably different – more sensitive and sad – and she utilizes her enormous intellectual talents to dig many more ancient sources, saving some little-known tales from oblivion.

Higgins learnt to weave using reproductions of antique equipment as part of her studies. Textile manufacturing is socially visible in every pre-industrial civilization, if only because of the enormous amount of time it takes to turn plant and animal components into sails, tents, fishing and hunting nets, clothes, carpets, blankets, awnings, and beautiful wall hangings with sophisticated scenic motifs. Male poets drew inspiration from textiles for their metaphors: a Homeric singer, a rhapsode, is literally a “song-stitcher.”

Potters based their grid-templates on women’s weaving patterns while creating elaborate stick figures, chariots, and funeral biers on geometric pottery manufactured around the period of the early bards. The etymological link between “text” and “textile” was deliberately exploited by Roman writers. Women were responsible for the monumental effort of making useable threads from tufts of wool, dyeing them, and laboring at massive looms.

Ancient mythology often reflects the large majority of women’s lives spent weaving. We sometimes hear about the images they made — Helen at Troy weaves scenes from the conflict she is claimed to have started – but we don’t hear about them very frequently.

When Penelope is finally ready to finish the shroud for her father-in-law, Laertes – a cloth with “a design as intricate as her own involved, withheld mind” – she wraps it up and stores it, according to Higgins. The design we want to hear about is carefully kept unsaid. It will “remain a secret between her and Laertes’ corpse for the time being.”

Penelope is the eighth of Higgins’ eight mythological weavers chosen as chapter titles; ancient mythology is so rich in these weavers-in-yarn that she omits many more, including Calypso, the nymph who loves and loses Odysseus, and Idaea, the cruel queen who blinded her stepsons with her shuttle. Higgins’ quasi-narrators include Athena, Alcitho, Philomela, Arachne, and the Homeric weavers Andromache, Helen, Circe, and Penelope, except that the tales they tell are painted on their looms’ warp and weft and recounted by the collection’s ninth Muse, Higgins herself.

She uses the personae of her weavers to add psychological depth, emotional clout, and sometimes philosophical profundity to dozens of embedded narratives, inspired by the ancient world’s favorite literary technique of ekphrasis – not only describing a static tableau but telling a story that moves through time via a description of an artwork. The Fates measure out and cut off the strands of human existence, hence weaving was a metaphor at the core of ancient philosophy. Philomela, raped and mutilated by her own brother-in-law, weaves tales of individuals damaged by sexual desire.

The significance of visualisation to the pleasure of this book, which is a work of art in and of itself, is gently suggested by hints to the mind’s eye in the shape of Chris Ofili’s magnificent line drawings on the dustjacket and at the beginning of each chapter, as well as the color scheme. Golden sequins adorn the sparkling white and blue of Aegean seascapes and the current Greek flag, similar to those used by women to draw attention to visual details.

Higgins, like the ancient poets, does not shy away from magnificent evocations of sounds, tastes, scents, and textures. A pale narcissus bobs in the air, “throwing up its delicate scent,” while Orpheus sings a heartfelt lament for Eurydice.

Any high school student will benefit from reading this book as an introduction to the fascinating realm of Greek mythology. It is a great resource for considerably more sophisticated adult readers because of its intelligent introduction, abundant notes referring to ancient sources, bibliography of accessible extra reading, maps, genealogy, and glossary.

Even for those fortunate enough, like her, to have studied her ancient texts in their original languages, Higgins’ simple but sonorous approach holds delights. She uses subtle Homeric epithets (“the deathless goddess”), inconspicuous imbedded references from Sophoclean tragedy, and delicious Homeric similes at unexpected points. This fantastic book is sure to please future generations of tale fans.

Thanks to Edith Hall at The Guardian whose reporting provided the original basis for this story.

Why Is It Called Alternative Music 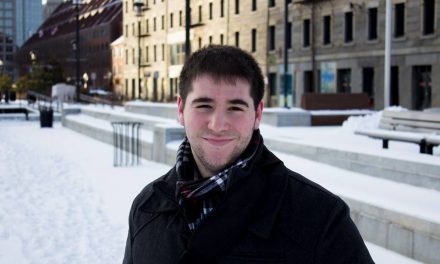