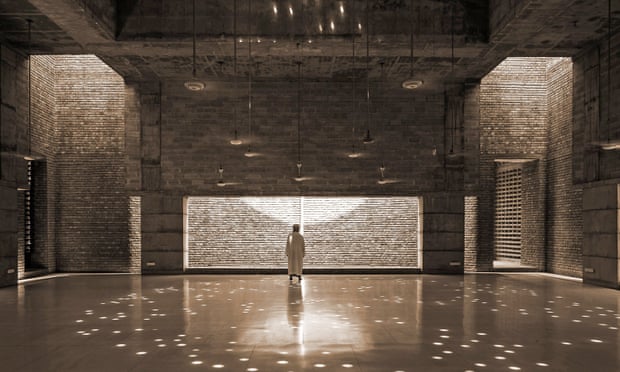 The monsoon may bring immense misery — and, on rare occasions, surprising delight – to the inhabitants of coastal Bangladesh. The waterways swell and riverbanks collapse every year from June to October in the Ganges delta area, where the country’s three main rivers combine, producing catastrophic floods.

Heavy glacier runoff from the Himalayas joins the relentless rain, which has been worsened in recent years by global warming. Overnight, homes and livelihoods are gone. The meltwater, on the other hand, carries with it cascades of silt that, after a few months, leave unpredictably unanticipated presents in the form of new strips of land known as “chars” emerging from the riverbank.

“You can’t really call it land,” Marina Tabassum, the first architect from the global south to be given the coveted Soane prize, explains. “It’s wetness,” says the narrator. It is a river’s property. The chars, on the other hand, provide some years of respite to the landless. They provide them a place to fish, farm, and raise their families.”

When the pandemic hit last year, Tabassum shifted her focus to the delta area as activity at her Dhaka office, MTA, halted. It provided her time to contemplate and rethink where an architect’s abilities might make the greatest effect. Many people lost their employment as a result of the national lockdown, leading to an increase in homelessness in the area, with thousands of delta residents having to live in temporary tarpaulin shelters.

“We have a responsibility to these people as architects,” she argues. “The construction industry accounts for half of all global emissions, but people living in coastal areas who are affected by sea-level rise have no carbon footprint.”

Her talk, which will be held at Sir John Soane’s Museum on Tuesday evening and broadcast live online, comes hard on the heels of the compromise accord reached at last week’s Cop26 climate conference. Hers is a model of light-footed practice, in sync with “the wisdom of the land,” as she puts it. It’s a strategy that prioritizes local skills and materials above technological solutions, works in tune with natural cycles, and employs indigenous knowledge to intervene with minimum means, all without “architecture’s roaring noise.”

Tabassum and her colleagues took advantage of the pandemic’s pause last year to create a low-cost modular housing kit for the landless char dwellers. They had previously looked at the region’s famous flat-pack houses, which are meant to be deconstructed and relocated as required, but the cost of £1,500, as well as the necessity for carpenters, puts them out of reach for many.

MTA devised a basic space-frame structure made up of lengths of locally available bamboo joined by steel connectors that could house a family of four for £300 and be constructed by locals themselves. The Khudi Bari (Tiny House) is made comprised of a sleeping platform with a pitched roof over a compacted earth ground floor, coated in woven grass panels or whatever local materials are available.

So far, four families have been rehoused in Char Hijla, Bangladesh’s southern-central region, to see how the plan works, with 100 more on the way.

Tabassum was born in Dhaka in 1969, the third generation of a Bengali immigrant family. As a boy, he saw starvation, death, and devastation in a war-torn, budding country. Her father was the sole doctor in their neighborhood, and he would spend each morning before going to work ministering to a lengthy line of patients from the nearby slum, instilling in her a feeling of civic responsibility that she now applies to her own business.

“The affliction of consumer architecture had already infested Dhaka,” she adds, when she graduated from architecture school in 1995. Young architects were expected to enter the battle as high-rise commercial buildings sprang up, but she opted to resist. She co-founded her first firm, Urbana, with Kashef Chowdhury in the same year, both motivated by a strong conviction in workmanship and a desire to construct structures that are in sync with the delta’s history, climate, and culture.

Their ten-year collaboration produced a number of notable buildings, including the Bangladesh Independence Monument and Liberation Museum, as well as dwellings with big openings, terraces, and verandahs that adapt to the tropical climate.

Marina Tabassum Architects was founded in 2005, and her first project (as architect, builder, fundraiser, and client) propelled her to worldwide fame 11 years later, when it received an Aga Khan award. The Bait ur Rouf mosque, located in a busy part of northern Dhaka, is a serene haven made entirely of bricks and natural light. Its square prayer hall is encircled by a cylindrical brick drum, which is encased in a perforated brick cube, with the gaps between the geometries enabling light shafts to flow over the walls from above.

It has a timeless quality to it, with elements of Louis Kahn’s Dhaka parliament building, which had a great effect on the youthful Tabassum, as well as 13th-century Bengal’s brick mosques. It’s completely natural ventilated, just like the rest of her art. “If my building can’t breathe without the use of artificial means,” she explains, “I feel breathless.”

She was asked to teach a workshop at Harvard as a result of the Aga Khan prize, and she sent the students to Bangladesh to work on low-cost rural housing projects. She was then asked to show at the Venice Biennale in 2018 and the Sharjah Triennial the following year, launching her career as an international lecturer and exhibitor.

But the epidemic provided her time to concentrate, and last year she founded the Foundation for Architecture Community Equity (Face), a non-profit arm of her firm focused to projects for the country’s landless, ultra-low-income groups, and climate refugees.

They are presently operating in Bangladesh’s Cox’s Bazar district, which is home to the world’s biggest collection of refugee camps, where 1.2 million Rohingya Muslims have fled ethnic persecution in Myanmar. Tabassum and her crew have been working on food distribution outlets and women’s centers for both the camp and the host town, with the goal of providing a more dignified experience than the traditional tents for accepting donations.

“The main challenge is that the government does not want anything too beautiful,” she explains, “because they are afraid that the refugees will feel at home and refuse to return.” For example, digging foundations is prohibited because it may stimulate the construction of more permanent structures. She’s employing the same modular bamboo space-frame concept as the Khudi Bari, which allows for temporary constructions while also allowing for co-design and production with the refugees.

Tabassum continues to work at MTA on more traditional commercial projects, like as an apartment complex, a private family museum, and a 250-bed hospital on the outskirts of Dhaka, in order to support Face’s humanitarian work, which is obviously her passion. “Architecture has always been a service-rendering profession,” she adds, referring to how she responds to a client’s needs, budget, and location. It is not sustainable to make ourselves accessible solely to the 1% in the present climate, when there is such a huge difference between wealthy and poor. We need to go farther.”

And how does she feel about winning the Soane medal?

She chuckles, “At first, I thought it was a joke.” “I am still a work in progress compared to the previous winners, Rafael Moneo, Denise Scott Brown, and Kenneth Frampton.” “We’re still looking.” 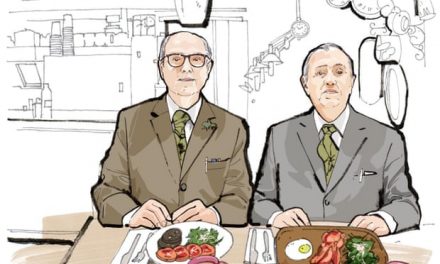 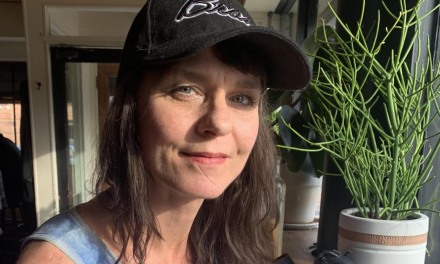